We celebrated Earth Day 2017 by creating various products made of plastic and discussing its impact on our earth.


Students found out what plastic is made of exactly and how it is produced. They discussed environmental problems caused by plastic and dangers resulting from it. We found out how we can deal with it and how much we actually produce. Finally, we talked about recycling options.


Can we make art with plastic? Yes, we can! 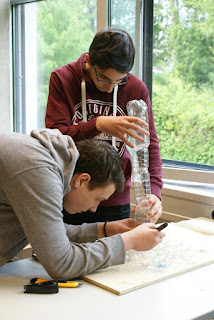 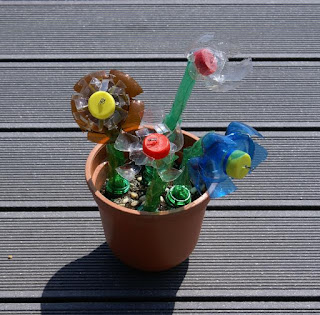 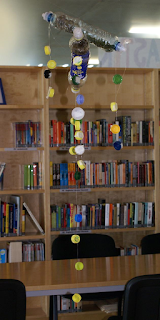 Bags made from resealable coffee bags:

Wallets made from milk cartons: 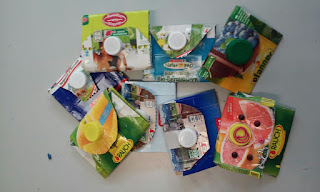 How is plastic created: 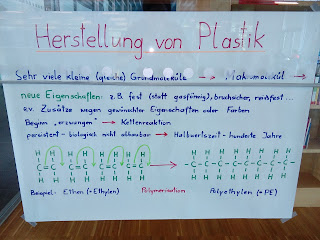 Posted by: geschichtedenken on Sunday, June 25, 2017 No comments:

Between 12 and 16th of January the Polish school Splot held the second to last teachers' meeting. The main topic we worked on was creativity.
The first part of the meeting was devoted to the lecture and workshops prepared by Phd Michal Jasienski, the professor from the National Louis University in Nowy Sącz who told us a lot about stimulating the creativity both among teenagers and teachers. The second part was conducted by two teachers from Splot Anna Jarmolinska and Agata Kita, the coordinates of Public Achievement groups. It was decided that the students would work on the topic of xenophobia during their meeting in March in Nowy Sacz. The method used during the workshops would be taught and previously introduced  by polish teacher would be PA. We all discovered its benefits connected with practising openess, ability to have a speach in front of a whole school, being able to present your own ideas as well as creating logo and name for the group.
We spent a lot of time both preparing  tasks for students and trying to work on the final report. The work was evenly divided between the coordinates from all seven countries.
During the meeting teachers had a chance to meet the polish culture and tradition, had a wonderful time by the open fire and lots of exciting moments during the sleigh ride at night. We tried our creativity in the escape room and decided to have the same task for our students in March. Let's check who is better? :) 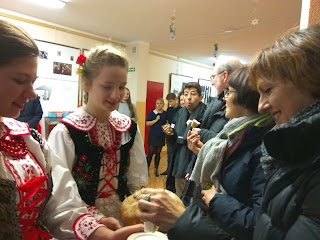 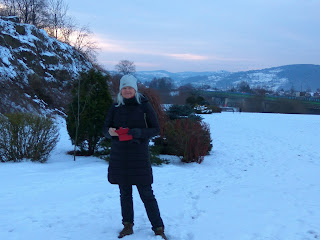 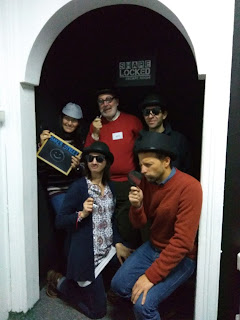 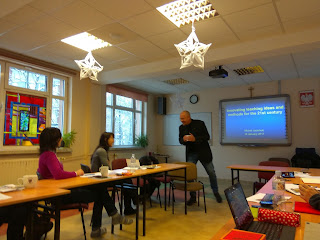 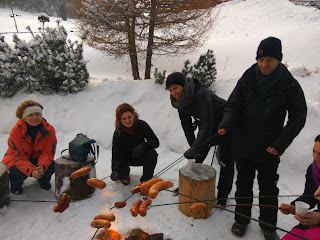 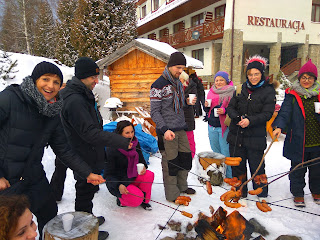 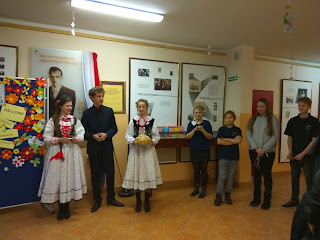 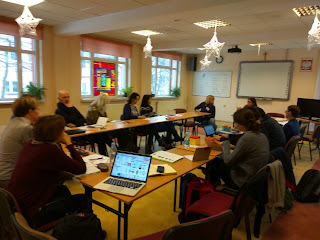 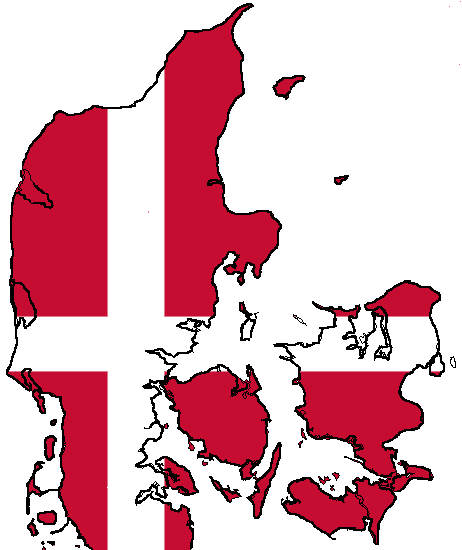 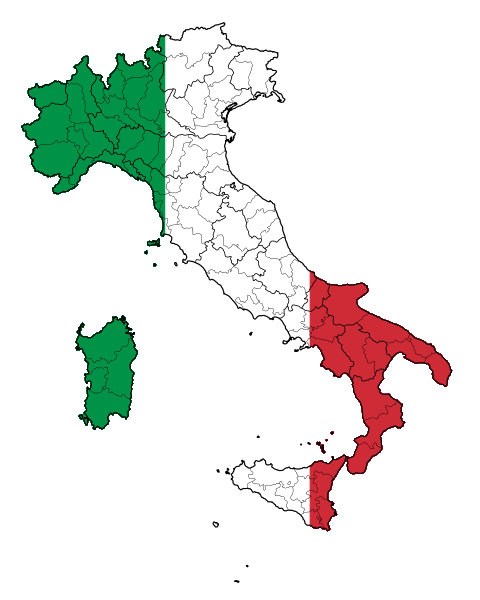